Heni Primary gets a new look!

In exchange for uniforms, parents and caregivers of students attending Heni Primary contribute what they can, generally $1-$3, to a Parent Contribution Fund. It doesn’t seem like much but with the school at capacity, it adds up quickly and exciting, impactful improvements have been made at school! Read below to hear from school administrators:

“Replacing the tops of the Class 8 desks was very important. The desks previously used were extremely rough and worn down, and they caused exams to be torn and students to be unable to comfortably take what is the most important exam they must take so far in their academic careers. Thank you very much for the great will and efforts which continue to uplift our entire community.” 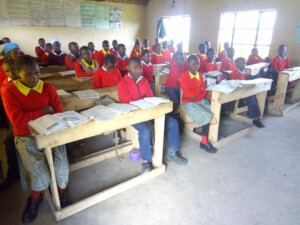 In addition to the challenges faced by the Class 8 students preparing for and taking their KCPE exams on rough and worn down desks, Heni Primary School struggled with theft, due to the lack of a proper fence.

new fencing around the perimeter of the school

The school also struggled as a regular host of inter-school, county, and other big sports competitions because their goal posts were constructed of wood and the constant rain caused these posts to rot quickly. Parents of students who received new uniforms came together to raise a total of 128,000 KSH (1,239 USD) to address these issues. With these funds, Heni’s Board of Management decided to purchase and install metal goal posts, construct a live fence around campus, purchase a printer and replace the Class 8 desks. With the  leftover funds, they were also able to repair many of the Class 4 – Class 7 desks. 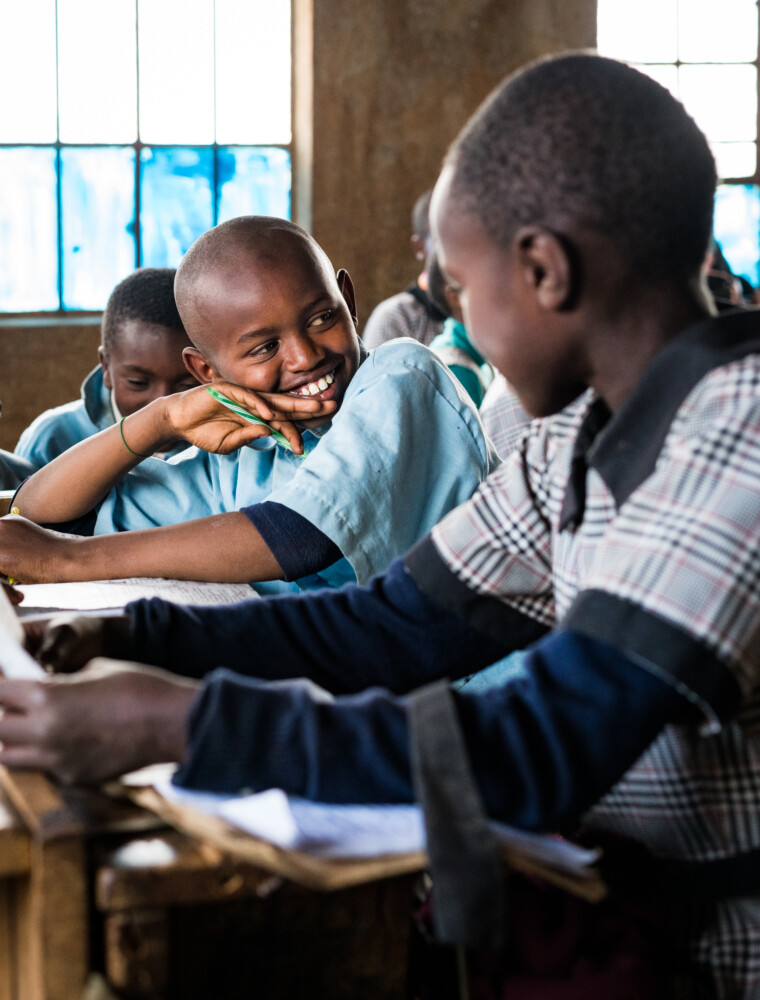 Chania Primary: a new outlook and a new gate!

10x10: Help us celebrate a decade of impact by becoming one of 100 monthly donors. Join The Honor Roll!