We woke up anxious and excited on Friday morning – we were going on our gorilla trek! We first went to the welcome center at Volcanoes National Park where we were greeted by the same performers we had seen at the market. Please note the huge mountains/volcanoes in the background of this amazing picture! 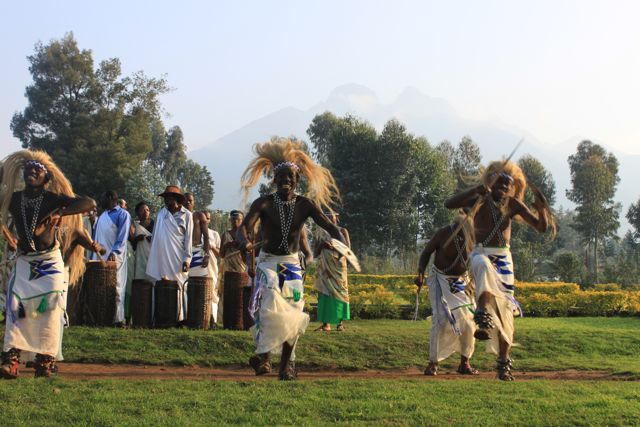 If this doesn’t scream two ladies ready to go gorilla trekking, I don’t know what does….

We walked uphill through farmland for about ninety minutes before arriving at a stone wall that marked the entrance of the jungle. 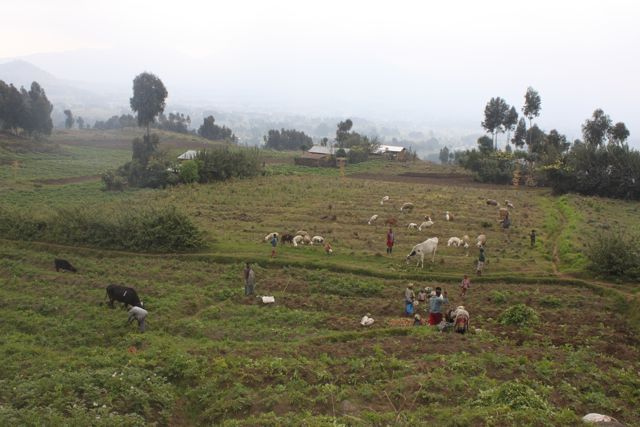 We had a guide, Oliver, and five trackers with either machetes or guns. I asked if they would shoot the gorillas if danger ensued but they said a shot in the air would quickly end whatever was going on.  There are 20 gorilla families in Volcanoes National Park. Of those, 8 are trekked to by tourist groups. Our family was the Kuryama family! The Kuryama’s have two Silverbacks, a few babies and the rest were females and kids. We didn’t see all 14, probably only eight.

Within five minutes, we were told “come” and grabbed onto the extended hands offered by our trackers. We pushed through some brush and low and behold, meet Daddy: 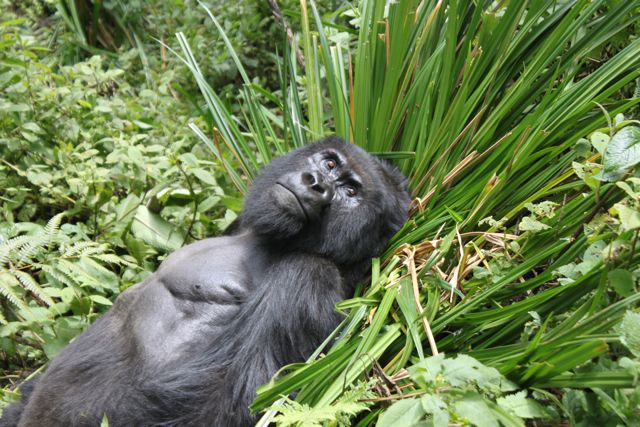 Now we have all seen several different species of monkeys, chimps, apes, gorillas, ect in zoos. It is QUITE different when they are five feet from you. And I knew going into this that they look like us, but THEY REALLY LOOK LIKE US. This guy checked us out, scratched himself like an old man, farted, and turned over with his back toward us, as if to indicate he was bored by us and preferred a nap!

The trackers actually know that the families are nearby because of their napping. Every mornings the gorillas wake up, eat, and then nap in the bushes. The trackers can tell by the matted down bushes that nap time is over and the family must be close. 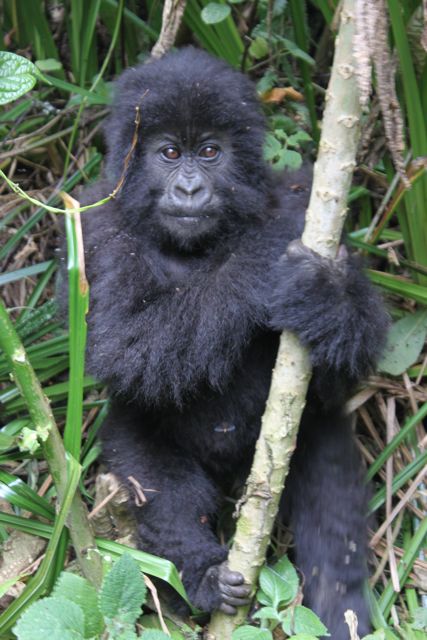 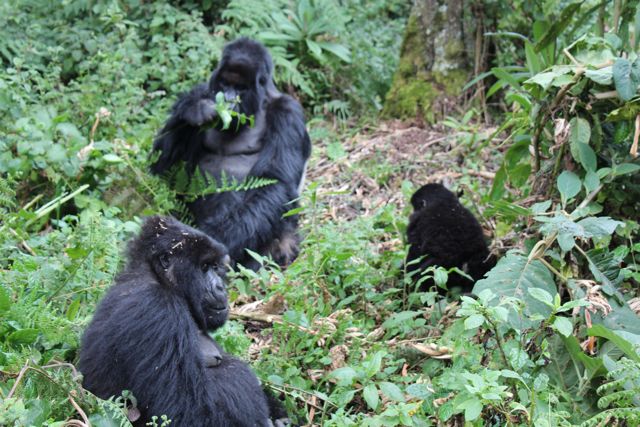 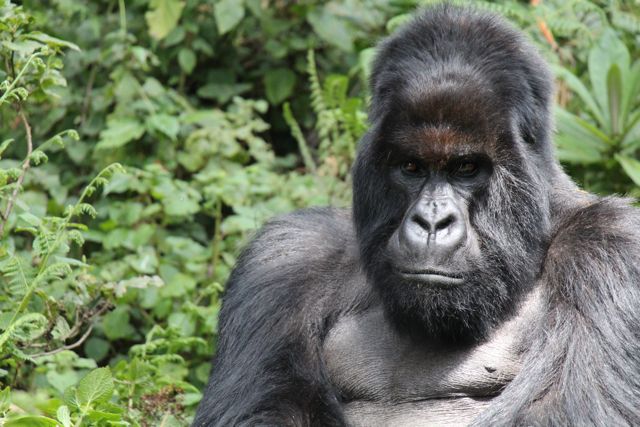 When I say we were close to them, I mean it! There were times when the trackers had to shoo them away from us, especially the baby, so that the mother/Silverback wouldn’t get nervous. There were a few times when the baby brushed our feet, it was incredible! 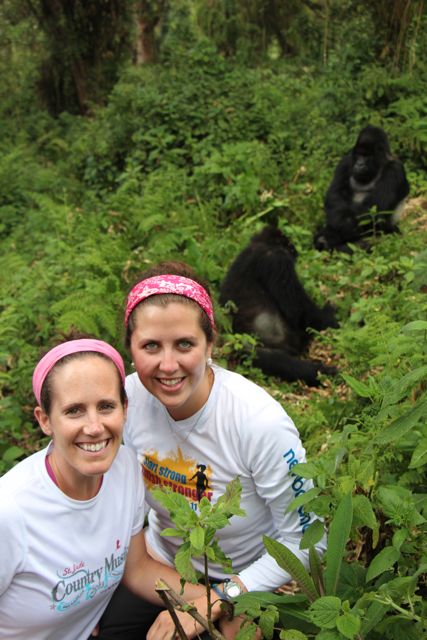 It was such a beautiful part of the country to see and hike through. So green and lush, field after field of potatoes, bananas and other crops. Not one foot of land goes unused. 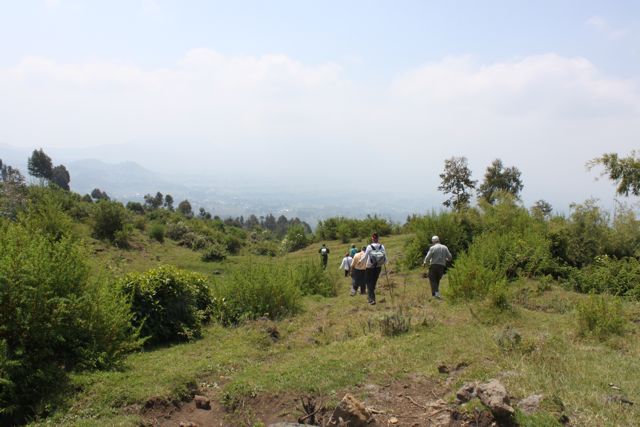 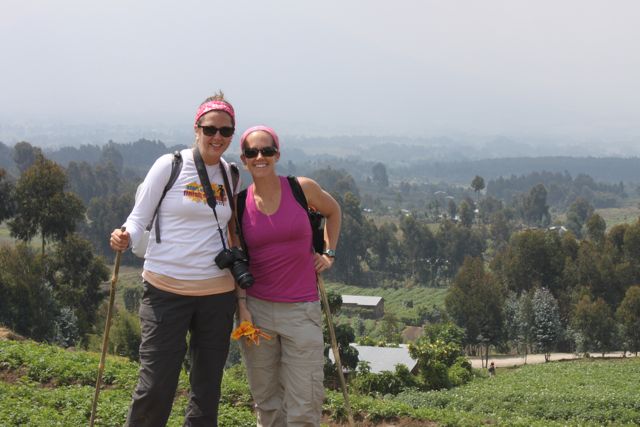 Our hike to and from the forest was outlined not only by beautiful scenery, but by beautiful faces too. Adorable children would pop up behind houses and gardens, waving and smiling, melting our hearts some more, if that was even possible. 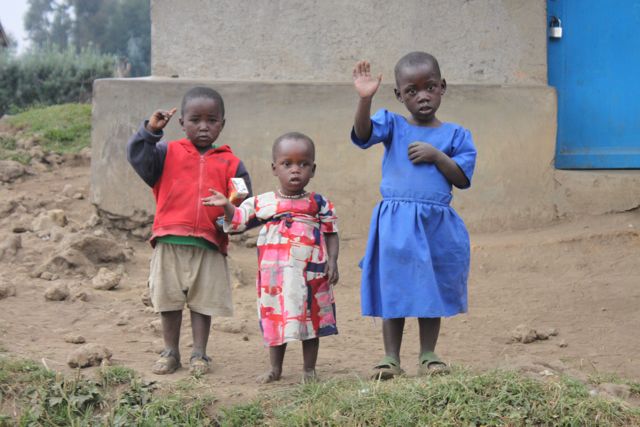