Thursday morning we got to sleep in! We stayed at Hotel Des Mille Collines in Kigali, the hotel featured in the movie Hotel Rwanda. It was a lovely hotel with delicious croissants that we hoarded at breakfast and smothered with Nutella. Even though we have Nutella in the US, we all acted like it was a rare Rwandan treat….to the point that we took extra packets to eat whenever we wanted a sugar rush. 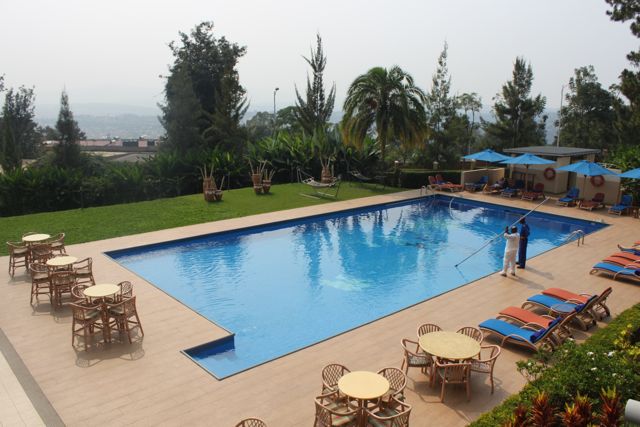 We were heading a few hours north to Volcanoes National Park to go gorilla trekking! The park borders Virunga National Park in the Democratic Republic of Congo and Mgahinga Gorilla National Park in Uganda. This is something Megan had wanted to do since she was a teenager, so this was a much anticipated day! On the way we stopped at a coffee producer and got to take a tour and those who drink coffee sampled some.  An odd fact: neither of us drink coffee. 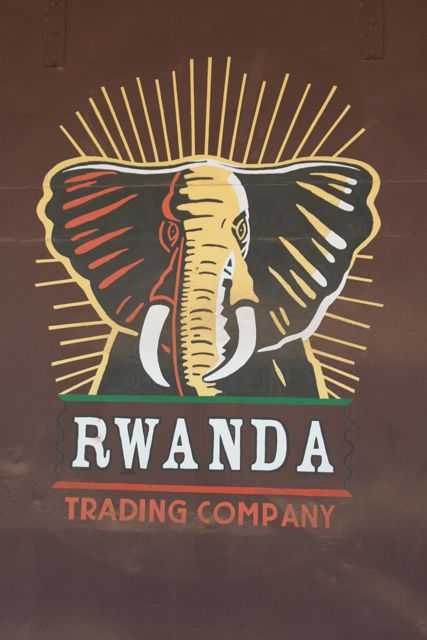 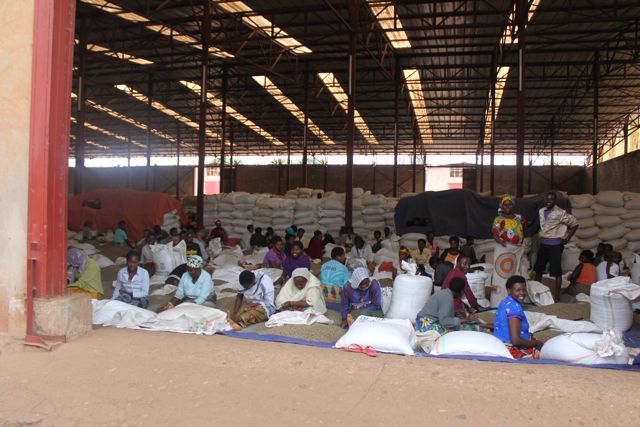 Above is women shelling the beans and weeding out the bad ones.

Below is Megan standing in front of bags of coffee beans – gives you an idea of how much they have stored in the warehouse. 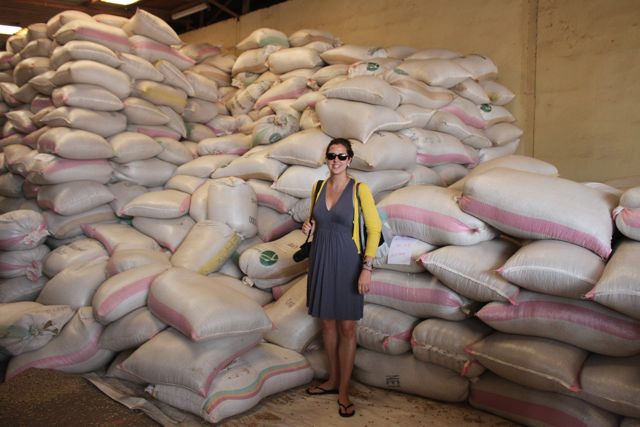 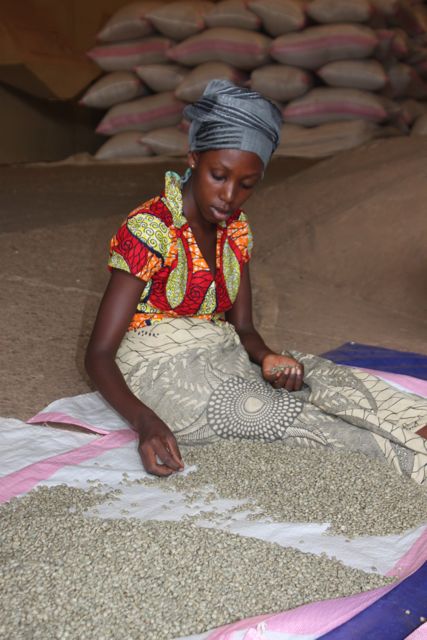 It’s a 2.5 hour drive north without stops. That being said, we stopped for lots of photos and lunch so it took a bit longer! We also took a ton of pictures from the car, which explains why they are sometimes blurry. 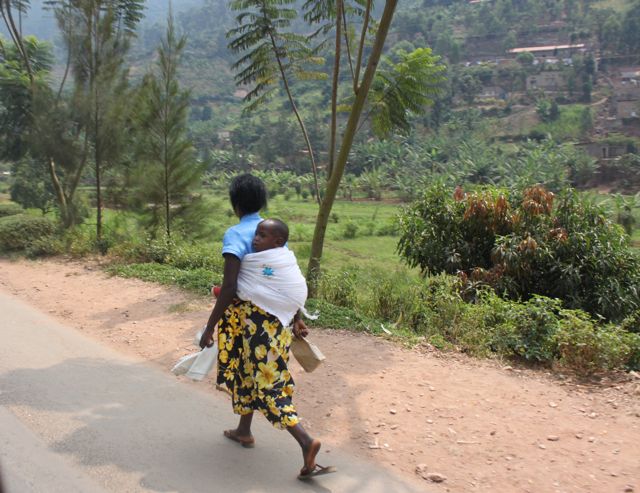 Below is a picture of the devices used to collect honey in Rwanda. They are long cylindrical wooden things that they hoist up into trees.  Pretty creative if you ask me. 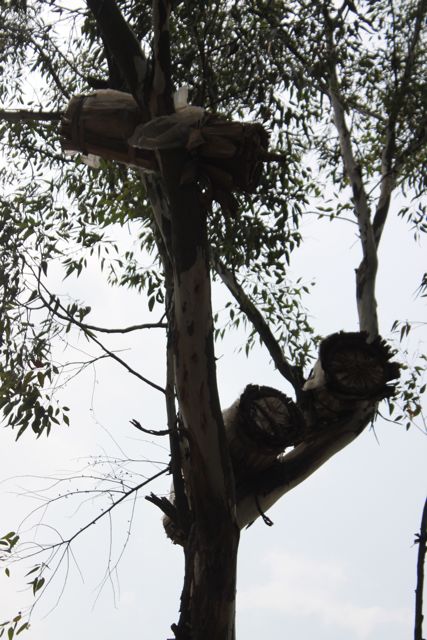 A lot of the houses are made of these red bricks seen drying here: 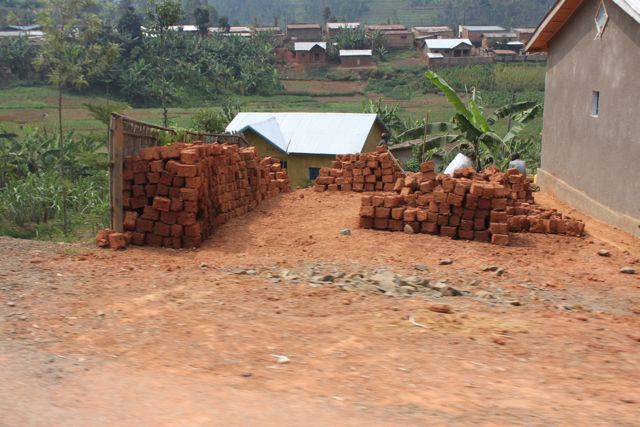 Us with Kristen who is on the Board of the Komera Project. We became close with Kristen throughout the trip and are sad she doesn’t live in Boston!  Only NYC though so we are actually planning a reunion! 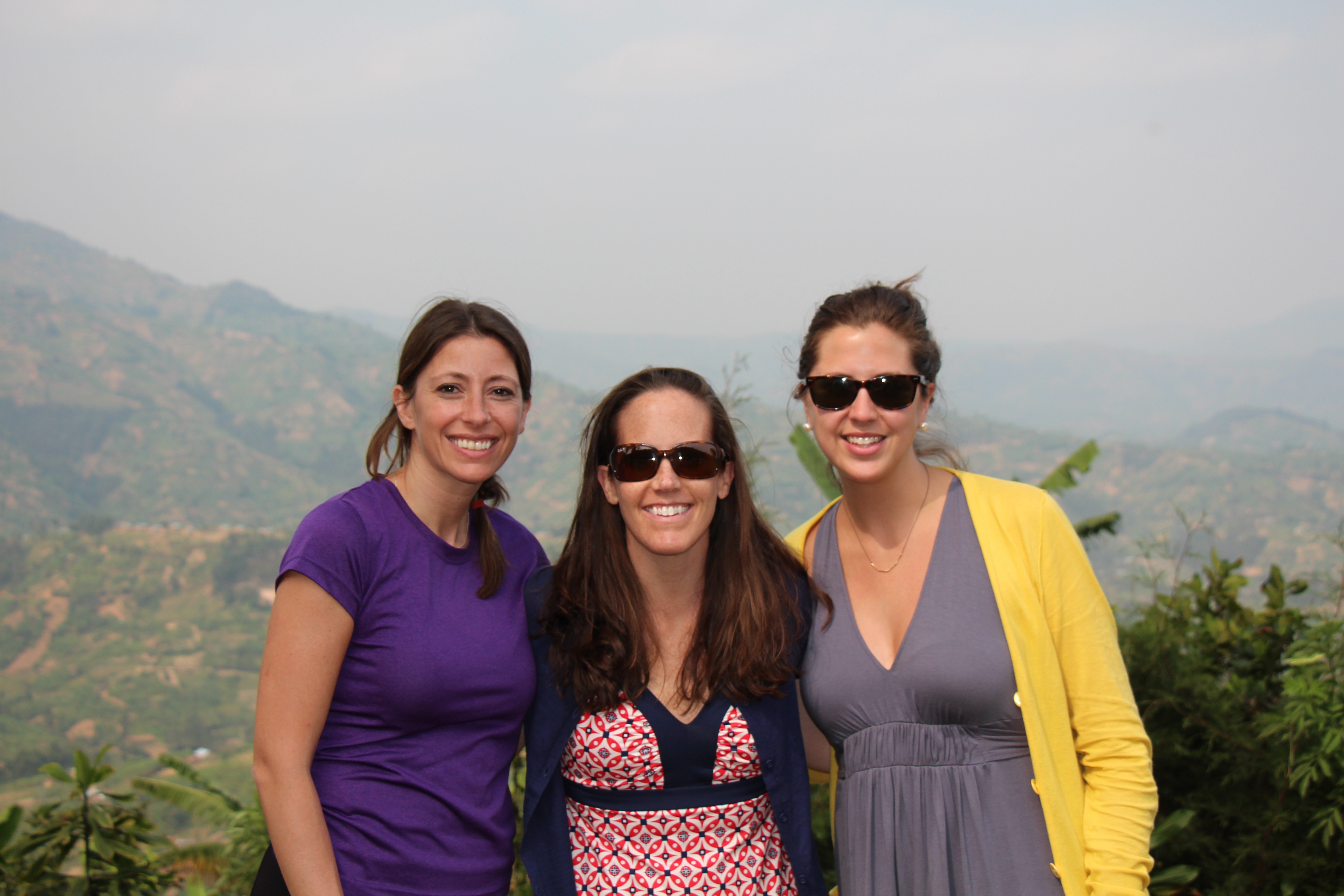 Rwanda avocados are delicious! They are HUGE and tasty. 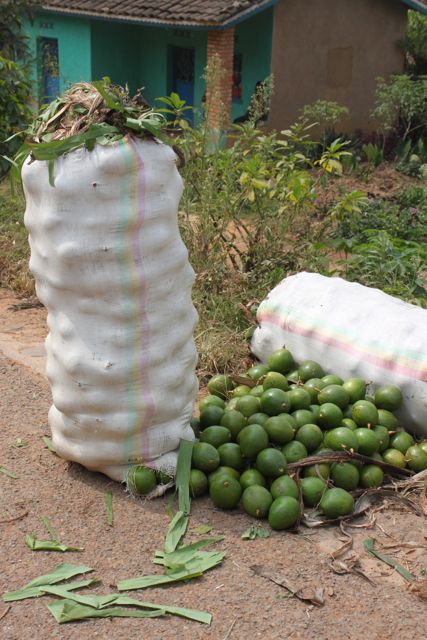 We stopped for lunch by a market and there was live entertainment! These performers used to be gorilla poachers until the government convinced them that they could make more money performing for tourists than selling baby gorillas to zoos or researchers. 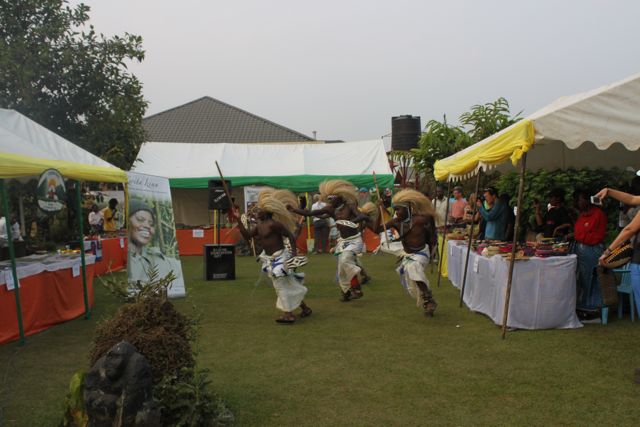 We met a few cute friends along our drive: 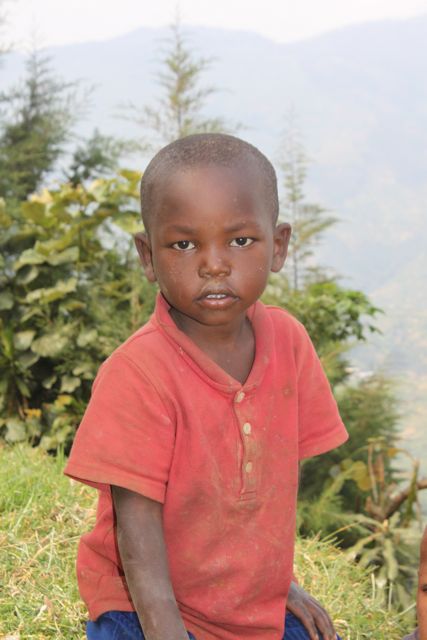 we gave them our empty water bottles 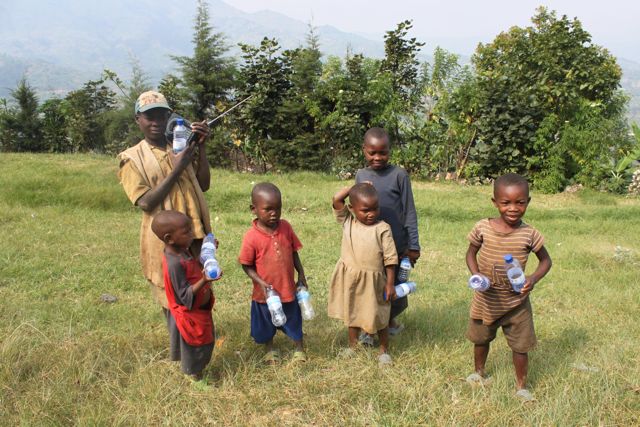 Bananas are another one of the country’s main crops: 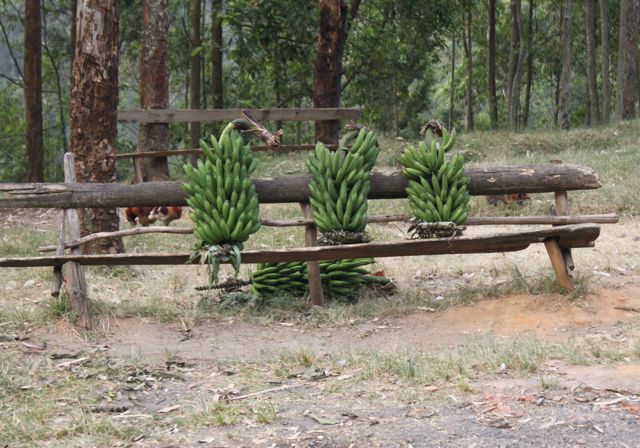 This never got old….was impressed every time: 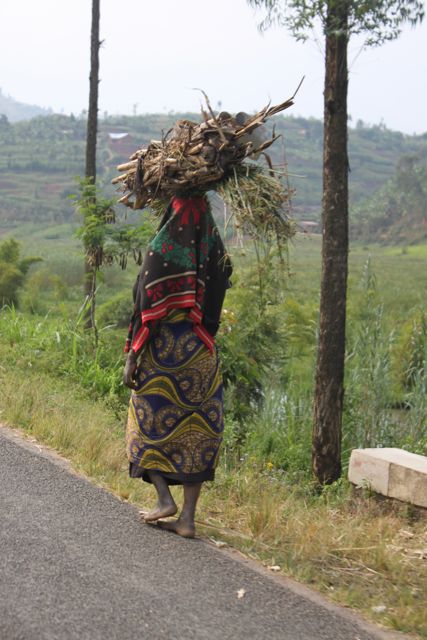 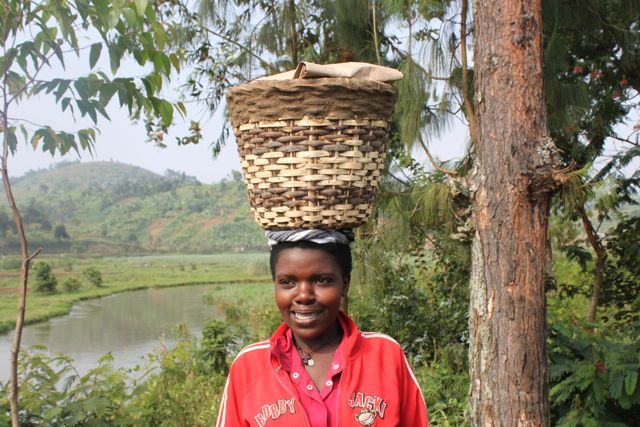 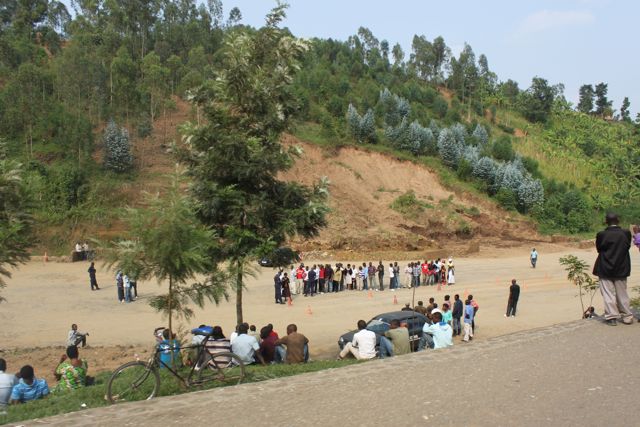 Before going to Rwanda, we had no idea what to expect. You imagine what you see in movies or books but you really have no idea until you get there. We saw everything from small brick/mud huts to classy hotels to restaurants that you’d see in Boston. Below are a few random buildings so that you can have a glimpse of some of the infrastructure.

This one made us laugh: 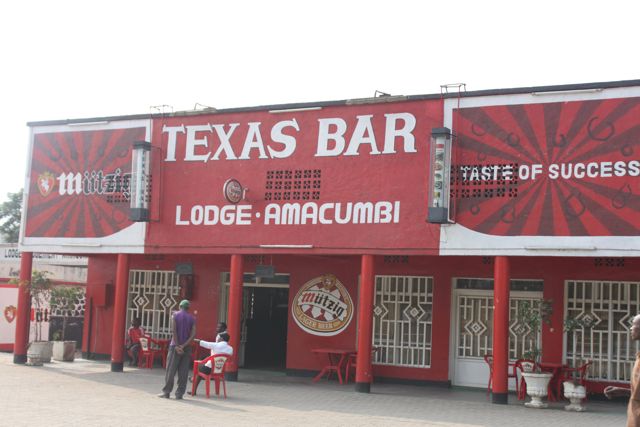 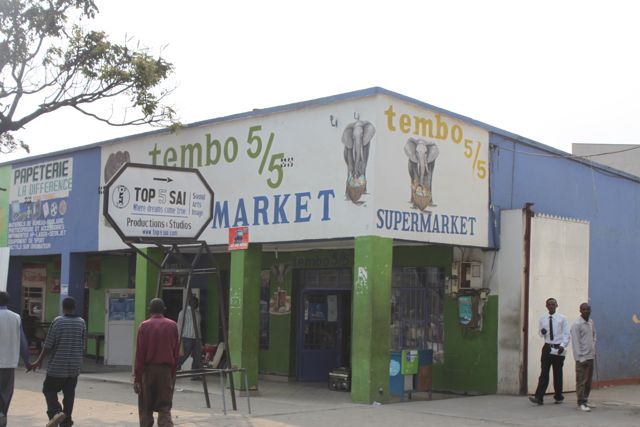 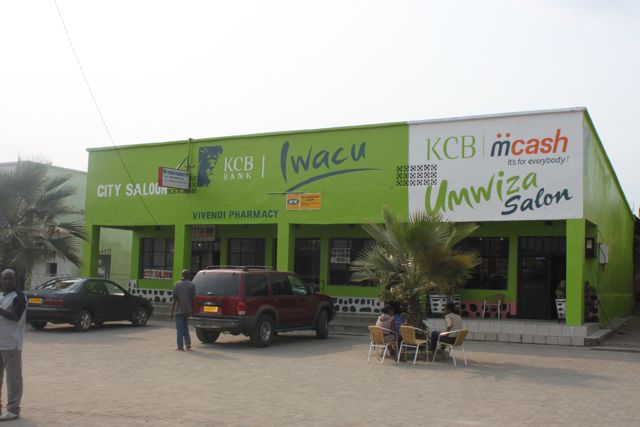 Heading to the well: 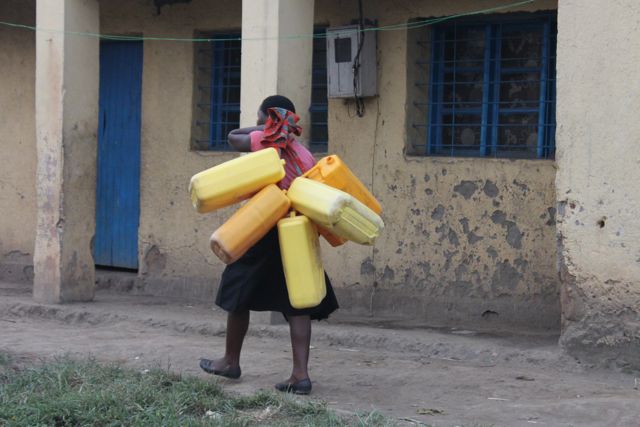 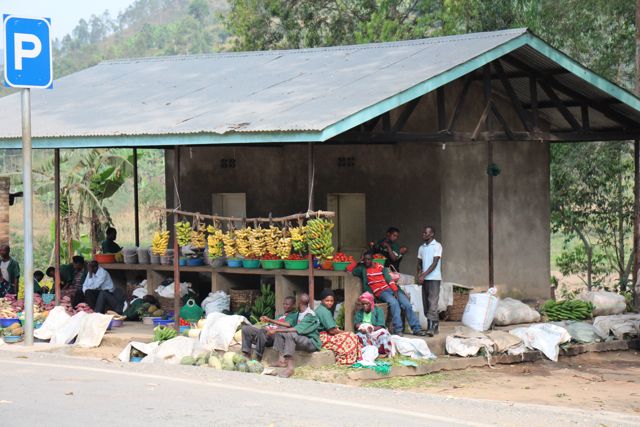 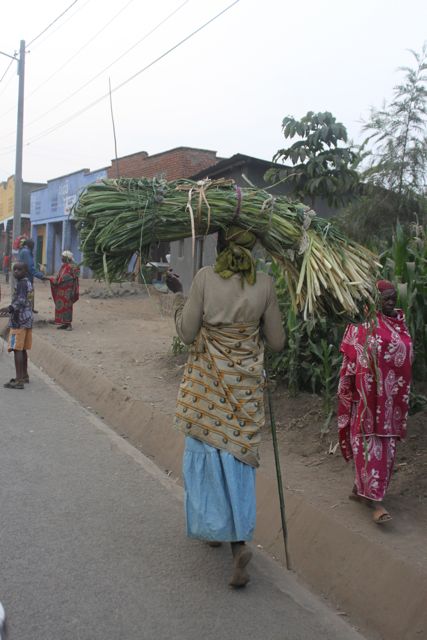 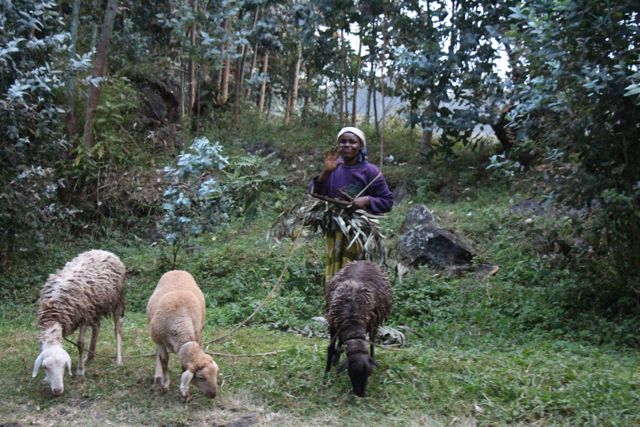 The biggest difference between Rwinkwavu where we spent the first few days and the north, was the lush, green fields. Rwinkwavu was red and dusty. The northern part of the country was all green with fields of crops.  We stayed right by Volcano National Park and you can see one of them in the background of the picture below. 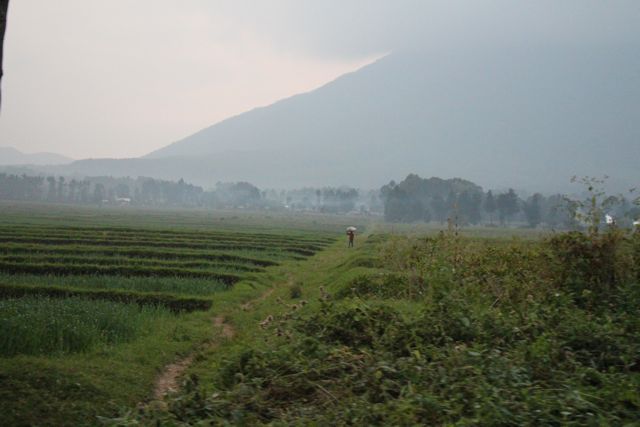 Our group at dinner the night before the gorilla trek: 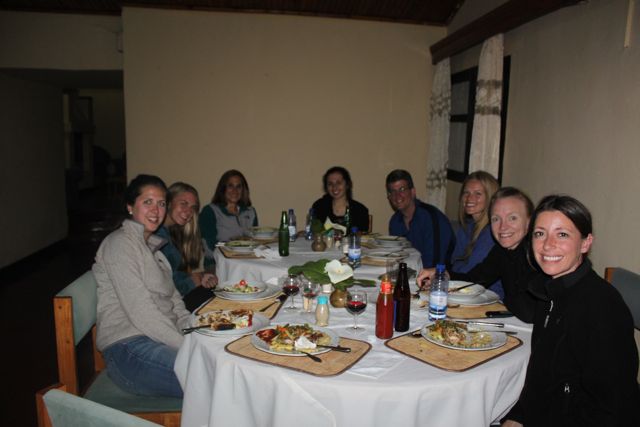